No-code: what is it and why does it matter? 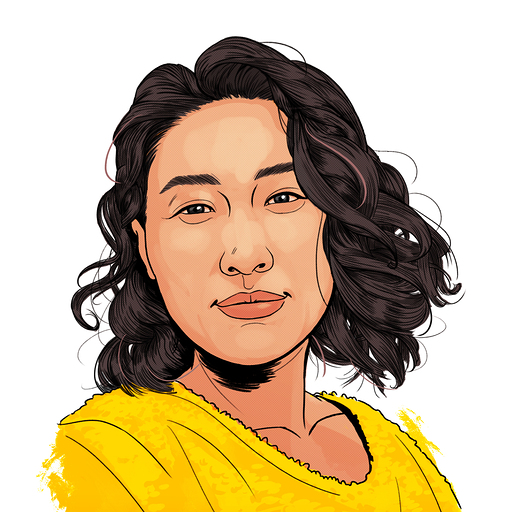 What does "no-code" mean?

No-code makes developing software more accessible by eliminating the need for its creators to write code. Instead of requiring programming knowledge, no-code turns software development into a puzzle of moving parts that's solved visually. Apple was able to bring personal computing to the masses by giving them icons and virtual desktops instead of blank screens. Similarly, no-code is bringing software development to founders who can use consumer technology comfortably but don't know the first thing about a command line.

You may have heard the entrepreneurial adage, "fail fast, fail often." It exists because finding out whether customers will buy what you're selling requires giving them the chance to tell you yes or no. In this tricky business of improving upon what's currently available (i.e. entrepreneurship), those chances often don't pan out. But the only way to find out is to try, a lot, and to learn from the failures. Failure means you're trying. Not failing means you're not.

So if failing is good because it's a proxy for how much you're testing and learning, the real key to success is to make this process sustainable by not over-investing in any one idea. Enter: no-code technology.

Like most of the other no-code platforms out there, the no-code web app builder Bubble is free to start building on and has a wide range of capabilities. At time of writing, Bubble's "How to Build" page has 50+ step by step walkthroughs on how to clone household names such as Netflix, Tinder, and Airbnb. If your idea applies a tech giant's innovation to a specific vertical ("Uber for X"), you can build a working first version by following a clone tutorial and then customizing it. Instead of spending the time, money, and effort it takes to hire and manage a freelance developer, building on Bubble will give you a testable app for the investment of one weekend or less. When ideas take so little investment to get off the ground, they can be set free into the world with less risk to your startup and your sanity.

Learning no-code will teach you to see business possibilities

If the path to no-coding your idea is less straightforward than cloning, or if you're simply curious about diving deeper, you can also start by learning no-code from the bottom up. Doing so will also give you a crash course on software. The learning site NoCode.Tech's Fundamentals of No-Code tutorial series covers databases, workflows, UI/UX, and APIs and integrations. Once understood, these topics provide a foundational lens for looking at products and businesses: what information is important, how that data's used, people's experiences as users, and its connection to other technologies. As it turns out, the fundamentals of no-code are also the fundamentals of thinking about what software currently is and can be—a very valuable lesson indeed.

Once you have a grasp on those basic building blocks of software, you can think about how to improve the ones you use. For example, you could start looking at workflows, or how information moves around to accomplish things. Zapier is the no-code platform that's synonymous with workflow automation (taking the human effort out tasks). In his presentation on Thinking with an automation mindset, Zapier CTO and co-founder Bryan Helmig shares ways to help you find processes to automate, or workflows to improve. Whether you're still bouncing around ideas or already building products, no-code can help you see the world in new ways and uncover value.

No-code can be a solution for startups at any stage

No-code is most often thought of as a starter solution that companies graduate from or the domain of fun hobby apps. Technology built on no-code platforms, however, is able to support hundreds of thousands of users. At companies that have their own custom software, no-code tools can still be the best ones for the job for certain functions.

Adalo, another no-code app builder, currently supports apps that have up to 150,000 end users. Webflow's network of visually designed websites support over two billion views a month. Sometimes scaling (growing exponentially) is the exact reason a company should move off of no-code. But other times, scalability is a strong reason for choosing it. When you use no-code platforms, they take care of your backend infrastructure—servers, security, etc.—so your company doesn't have to.

In Webflow's ebook The no-code revolution, there's a chapter about migrating (switching technologies) from traditionally-built to no-code for its performance and process benefits. On the other hand, there's also a chapter devoted to transitioning from no-code to custom development, but keeping no-code around for some uses. In both cases, no-code was part of the final tech stack. The company in the chapter about migrating website pages to no-code? Getaround, the late stage carsharing unicorn. The point? Don't write no-code off as something you only need to pay attention to in the early days. As mature as your company gets, no-code will likely always have its place.

No-code technology (and its cousin, low-code technology like Airtable, which involves minimal coding) goes hand-in-hand with tech partners like Cloudburst in helping non-technical founders build tech companies that succeed. The fast growing no-code ecosystem is here to stay, and enabling founders of all stripes to do more and more each day.

Jess Sun educates communities about why the startups she serves are awesome. She's worked with dozens of startups to make concepts that are big, foreign, heady, and complex sound approachable to their audiences.