The only permission a founder needs is their own

Entrepreneurship is about freedom, not chasing investors or money 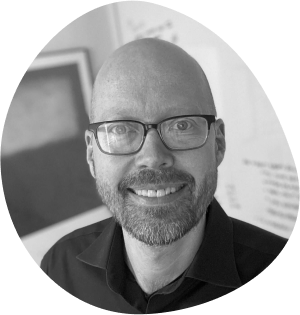 For most founders I know, entrepreneurship is about wanting freedom, independence, and ownership. Demanding as it is, entrepreneurship lets founders exercise control over their work and express themselves through the ideas, products, and companies they create. Entrepreneurship affords its members wealth in the life sense, not just financial wealth.

So why is most of the startup narrative about investors and money?

The problems with VC

The odds of getting VC funding are incredibly slim. Only 0.5% of businesses successfully raise any venture capital at all¹. The percentage of VC funding that flows to Black, Latinx², and female³ founders is in the single digits. 80% of it flows to only three states, California, New York, and Massachusetts⁴. Fund size and deal size continue to grow, which means less investment at the earliest stages⁵.

Then there's what happens once a startup has made it through the door. The majority of VC-backed startups fail⁶. VCs expect a significant return on investment over a relatively short period of time, which can put their interests at odds with their investees'. Depending on the terms and structure of investment, taking VC can seriously limit a founder's options and control; it can even get them ousted from their own company. Promises made by VCs about future rounds of investment can disappear suddenly.

Whether they like it or not, the vast majority of companies are on a path that doesn't involve VC. Despite this reality, founding a startup is overwhelmingly synonymous with pitching.

Successful founders ask themselves what they would do with the money and then do it anyway. They challenge themselves to gain traction without outside investment, testing whether that money is really necessary to begin. And here's the irony: early traction never hurt anyone's chances when pitching.

Actions that don't require capital but that idea-stage founders often neglect include meeting with potential customers to gauge their reactions, sending out user research surveys, proving out their concept using no/low-code or manual solutions, and building and marketing a landing page or waitlist. If you don't know what these things mean and would like to, come talk to me!

The cost of chasing money

You don't need money to take the first steps toward starting a company, but that doesn't mean they're free—they take serious time, dedication, and energy. Then again, so does the rabbit hole of endless pitching. Pitching comes at the cost of building, testing, and learning independently.

Money doesn't build products or companies, people do. It takes the things money can't buy, like courage, resourcefulness, and creativity, to build things that people want and then to turn that into a business. Money helps us grow, but it's not what gives us permission.

Choose the option that gives you control and gets you more directly to traction. That's what investors want to see, and maybe you'll even discover that you don't need investment. After all, finding that freedom is what being an entrepreneur really means.

To learn more about how successful founders think, read our four-part guide on The Indie Founder Mindset: A Guide to Unlearning VC.

Zack Steven, CEO of Cloudburst, is a curious optimist, Dad, entrepreneur, and angel investor. He has a degree in Studio Art and is a fan of good design, big ideas, and strong communities.